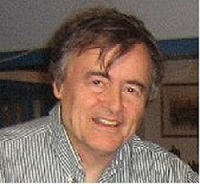 Here I post thoughts, memories, stories, novels, plays, essays, reading lists, genealogical research, info about ebooks for sale, and matters of interest to friends and family.  This isn't your typical web.  It's meant to be idiosyncratic and fun.  I always welcome feedback and suggestions.

I'm the publisher of Seltzer Books, with over 14,000 time-tested books in ebook format, available for sale through Barnes & Noble (Nook), Kobo, Apple, Google Play, and PublishDrive. Earlier, I published entire libraries of books on CD and DVD primarily for the blind, who used "screen readers" to convert the text to voice. I also made a quixotic attempt to build and run my own ebook store, Quench, trying to single-handedly compete with the likes of Amazon. My publishing company was originally known as B&R Samizdat Express and consisted of just my wife Barbara (B) and me Richard (R). Samizdat means "self-published" in Russian. Barbara died in 2012, and I recently got an offer that I couldn't refuse for the domain name samizdat.com. So I am now rebuilding the web site as seltzerbooks.com

In the early days of the Web, I worked for Digital Equipment's Internet Business Group as their "Internet evangelist." When the company was swallowed by Compaq (which was later swallowed by Hewlett-Packard) I worked independently as an Internet marketing consultant, writing extensively about business on the Internet. Many of the books, articles, and speeches I wrote back then are available here. My AltaVista Search Revolution was the first consumer-oriented book about search engines. Library Journal, called it "indispensable". My Web Business Bootcamp was a pioneering guidebook for Internet start-ups.

My original samizdat.com web site, which I used as a sandbox to test ideas about the Web, has been preserved by the Internet Archive as part of their Wayback Machine.  They have stored 666 versions of that web site, captured from November 1996 to September 2017. This link takes you to the part of the archive that is devoted to samizdat.com. Select the date you are interested in; then you can browse the archive the same as you do the live web, clicking on link after link.  Everything from the web site is there, including all the issues of my Internet-on-a-Disk newsletter and the hundreds of articles from my blog.

The AltaVista Search Revolution:How to Find Anything on the Internet, Osborne/McGraw-Hill, 1997 and 1998, with Eric J. Ray and Deborah S. Ray
The first consumer book about search engines. (AltaVista was the forerunner of Google.)
Winner of the "Distinguished Technical Communication Award," the highest award given by the Society for Technical Communication Publications.
2 editions, Hebrew and Japanese translations. Braille version published by National Braille Press
"This complete guide to using the AltaVista web searching/indexing system will be indispensable to both librarians and patrons.... Get one copy to circulate, nail one down in the computer lab, and pass one around the reference desk." -- Library Journal

Ethiopia Through Russian Eyes by Alexander Bulatovich, translation by Richard Seltzer (Red Sea/Africa World Press, 2000)      at Kobo     at Nook    at Apple
including 78 photos taken in Ethiopia in 1896-1898
"...the most important book on the history of eastern Africa to have been published for a century...."   Old Africa (complete review)

The Lizard of Oz, fantasy, 1974, revised and expanded 2018  at Kobo  at Nook query message for second edition     at Apple      at Nook      at Kobo
"An intriguing and very entertaining little novel" Library Journal
"Carroll and Tolkien have a new companion" Aspect
"A work so saturated that the mind is both stoned with pleasure and alive with wonder" Lancaster Independent Press
"A commentary on our times done delightfully" Philadelphia Bulletin
"A gallery of figments of contemporary culture that could take its place on the library shelf of memory along with classic figures of children's fiction" Valley  Advocate

Now and Then and Other Tales from Ome, children's stories, 1976    at Kobo     at Nook     at Apple
"A highly original collection of short stories, sometimes humorous, sometimes profound." Boston Globe

The Name of Hero, historical novel, Tarcher/Houghton Mifflin, 1981    at Kobo     at Nook     at Apple
translation of this novel into Russian
sources and related documents

The Social Web: How to build successful personal or business Web sites, 1998)     at Apple

The Way of the Web Lessons from the Internet. How to adapt to the new business environment, 1995)    at Kobo     at Apple

Death of the Federalist Party, paper written in high school, in 1963.   at Apple     at Google Play

- Mercy, a two-act historical comedy, set in the American Revolution,  based on the lives of Mercy Otis Warren and General Johnny Burgoyne. (1975)


- Current thoughts on all topics

- EBay and Other Online Auctions

- Working At Home - Publishing and Ebooks

- Glimpses (essays toward a personal philosophy)

- Hi-Q or Peg Solitarie, a solution to the game solved and recorded in the third grade (age 8)

- Stories Written in the Second Grade

BOOKS IN SEARCH OF AGENT/PUBLISHER


- Uncle Adolph's Cruise of Fiction - A collection of stories woven together as a novel. Nine people on a Caribbean cruise share stories at dinner for seven days. The ring-master is Uncle Adolph, a larger-than-life and almost larger-than-death figure, who looks like W. C. Fields, wears a straw hat to dinner, and chews on a rubber cigar, who spouts wit and stumbles into wisdom, with inimitable turns of phrase. The themes of their stories, both real and fantastic, near-magical romantic coincides as well as tragedy, include truth and love, love and lies, love and time, love and death, and love and renewal, balancing light-hearted and sometimes racy humor with path. You come to know the tellers of the tales and shipboard life as if you were there, joining them for dinner each night, as the dramas of their personal lives, past and present, unfold.

- Making Time, Seventy-year-olds meet on a world cruise and fall in love. Then when sharing stories about their past, they realize that they fell in love with one another and married 46 years ago. query message


- Beyond the Fourth Door, The first door is birth. The second is death. Frank and Marge go through the fourth door. query message

- Lenses, a book-length collection of essays that look at knotty questions from unusual angles, looking for a publisher. query message

- What Did Newton Say to the Apple? and other word play query message

- What Can You Do With a Fifth Foot (picture book)


- Alternate Lies: a novel about Mercy Otis Warren and General Johnny Burgoyne, during the American Revolution

- Pop Goes the Universe, novel about the end of everything

- Uncle Adolph's World Guide Book. for those who would prefer to stay home and read about it

- The Name of Man, historical novel, sequel to The Name of Hero  opening chapters available here

Catalog (with links to ebook stores)

English-Greek Dictionary, a Vocabular of the Attic Language by S. C. Woodhouse (1910), a hyperlinked version

DEC (Digital Equipment Corporation), the world's second largest computer company before its demise in 1998, where I worked 1979 to 1998.